Meet Hamlet.  Hamlet came to us from the Newmarket SPCA.  He had originally been left at the doors of the SPCA where they took him in and were able to find a home for him.  Only weeks after he had been adopted the SPCA received a call from his owners asking them to take him back for his own safety.  He had been attacked by their female dog that was protecting her litter of pups.  In the attack Hamlet lost most of his tail and left with a couple of punture marks on his back side. 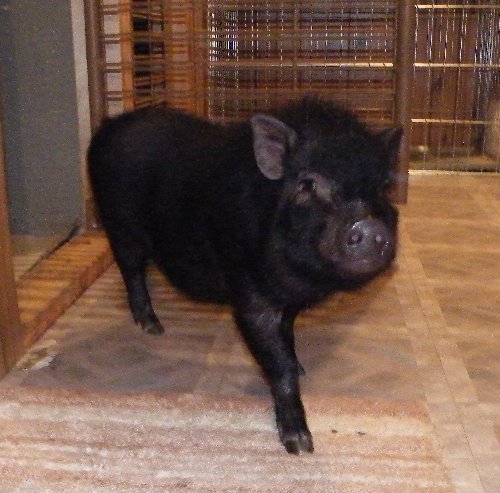 He is a real sweetheart, he loves to chase Ollie around the house and launch himself on and off the furniture.  He has a bad habit of rubbing his strong little snout into our ankle and calves and doing it until it hurts and even leaves bruises.  We are working on correcting that behaviour but now he just goes around the house pushing things over with his nose. 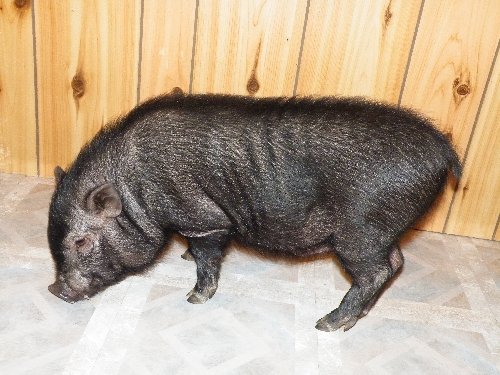 We had him house trained in one day and he loves going outside each day to play.  Because it's starting to get colder we bought him a little winter jacket so he can still go out and run around.